(Jay-Z)
This is to the memory of Danroy Henry
Too much enemy fire to catch a friendly
Strays from the same shade, Ni**a we on the same team
Giving you respect, I expect the same thing
All black everything, Ni**a you know my fresh code
I’m out here fightin’ for you, Don’t increase my stress load
Ni**as watchin’ the throne, Very happy to be
Power to the people, When you see me, see you

(Kanye West)
And I’m from the murder capital, Where they murder for capital
Heard about at least 3 killings this afternoon
Lookin’ at the news like damn I was just with him after school,
No shop class but half the school got a tool,
And I could die any day type attitude
Plus his little brother got shot reppin’ his avenue
It’s time for us to stop and re-define black power
41 souls murdered in 50 hours

Is it genocide?
Cause I can still hear his momma cry, Know the family traumatized
Shots left holes in his face, Bout piranha-size
The old pastor closed the cold casket
And said the church ain’t got enough room for all the tombs
It’s a war going on outside we ain’t safe from
I feel the pain in my city wherever I go
314 soldiers died in Iraq
509 died in Chicago

(Jay-Z)
I arrived on the day Fred Hampton died
Real niggas just multiply
And they say 21 I was supposed to die
So I’m out here celebratin’ my post demise
If you put crabs in a barrel to insure your survival
You gon’ end up pulling down niggas that look just like you
What up blood? What up cuz?
It’s all black, I love us

(Jay-Z)
It’s a celebration of black excellence
Black tie, black Maybachs
Black excellence, opulence, decadence
Tuxes next to the president, I’m present
I dress in Dries and other boutique stores in Paris
In sheepskin coats, I silence the lamb
Do you know who I am Clarice?
No cheap cologne whenever I “shh-shh”
Success never smelled so sweet, I stink of success
The new black elite They say my black card bear the mark of the beast
I repeat, My religion is the beat
My verse is like church, My Jesus piece Now please, domino, domino
Only spot a few blacks the higher I go
What’s up to Will, Shoutout to O
That ain’t enough, We gon need a million more
Kick in the door, Biggie flow
I’m all dressed up with nowhere to go

(Kanye West)
Yea it’s all messed up when it’s nowhere to go
So we won’t take the time out til we reach the T O P
From paroles to hold G’s, sold keys, low keys
We like the promised land of the OG’s
In the past if you picture events like a black tie
What the last thing you expect to see, black guys
What’s the life expectancy for black guys?
The system’s working effectively, that’s why
I’ll be a real man and take care of your son
Every problem you had before this day is now done
New crib, watch a movie
Cause ain’t nothin on the news but the blues
Hit the mall, pick up some Gucci
Now ain’t nothin new but your shoes
Sunday morning, Praise the Lord
You the girl that Jesus had been saving me for
So let’s savor this moment, And take it to the floor
Black excellence, Truly yours 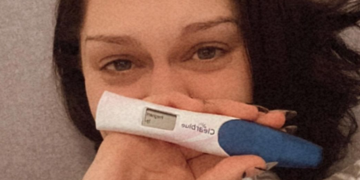