[Kanye West]
I do it for the fore-fathers and the street authors
That are not A&R’s in the cheap office
Rappers that never got signed but they keep offers
Girls thats way too fine for us to keep off us
Gave her a handshake only for my man’s sake
She in her birthday suit cause of the damn cake
Now there’s crumbs all over the damn place
And she want me to cum all over her damn face
I never understood planned parenthood
Cause I never met nobody plan to be a parent in the hood
Taking refills of that plan B pill
Another shorty that won’t make it to the family will
If I don’t make it, can’t take it, hope the family will
They aint crazy they don’t know how insanity feel
Don C just had a shorty so it’s not that bad
But I still hear the ghosts of the kids I never had

[Kanye West]
No Electro, no metro, a little retro, I perfecto
You know the demo, ya boy act wild
You aint get the memo, Yeezy’s back in style
Now when Rome go Gidget the other got Bridget
What’s more tripped out though is they sisters
Nah, you aint listen, they black, they sisters
They momma, named them after white bitches
So next time you see me on your fallopian

Though the Jewelry’s Egytian, know the hunger’s Ethiopian
Stupid questions like “Is he gon be dope again?
Have You seen him? has anybody spoke to him?”
This beat deserves Hennessy, a bad bitch and a bag of weed the Holy Trinity
In the mirror where I see my only enemy,
Your life’s cursed, well mine’s an obscenity

[Jay-Z]
This is my momma sh-t
I used to hear this through the walls in the hood when I was back in my pyjama sh-t
Afro’s and marijuana sticks, seeds and the ganja hat will be popping like the sample that I’m rhyming with
Pete Rock, let the needle drop
I seen so much as a kid they surprised I don’t needle pop
Taking sips of pop, six packs of millanips
Pink champel, Valentine L
Bally’s on my feet help me balance out well
That and the sh-t I used to balance on the scale
I got it honest from the parties from my momma’s
Virgin Mary’s try to judge her, I’m like “where the Madonna’s now?”
Give all glory to Gloria, they said “you raised that boy too fast, but you was raising a warrior”
We victorious, they’ll never take the joy from us 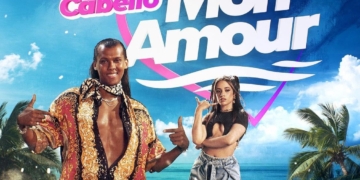