[Hook: Ab-Soul]
I put my life on the line
I roll them dice and I’m fine
Cause all I ever dreamt about was makin’ it
They ain’t giving it, I’m taking it

[Verse 1: Macklemore]
If I just went in and stole it, the police would have notice
Gotta be strategic, creep in, go in, leave with that motive
Hold up, my plan is forming, alright, caseing this building
Watch these rappers that rappin’ walk in and leave out with millions
Headed in sweatin’, open that front door
Interscope printed out right by the entrance, door closes
Not a metaphor, then I start towards
That front desk, right where you check in
Dressed in an uniform, acting like a janitor
All blue, jumpsuit, why shoot?
Bloodthirsty for the money like a bull
Looking in the eyes of the matador (fuck you!)
Carrying 2 cans of paint, security looks at me awkward
I say third floor I’m late, paintin’ Jimmy Iovine’s office
Holding my breath ‘bout to faint
I’m scared to death that he stops me
Heart beating so loud you can hear the echo in that lobby
And see I’m breaking down if I don’t make it out
Then I’m leaving town with that contract
And I’m spazzing out, grabbin’ the A&R out
His chair and I’m taking him hostage
I don’t give a fuck, step into the elevator press 3
Now I’m headed up (Heist!)
What they don’t know is there is a gun in the paint can
And I’m ready and willing to bust ‘em, I’m fucking desperate
Stuck in this recession, now what you think
If I could get signed my life is destined
My future depends on ink
And secretary at the front of the entrance staring right at me
I walk up she whispers go ahead and then gives me a wink

[Verse 2: Macklemore]
If I get past security, the secretary, the cubicals
But it’s weird, it’s like this room I’ve walked into is unusual
Thought it would be shiny and beautiful
Thought it would be alive and like musical
But it feels like someone died, it’s got the vibe of a funeral
There’s numbers on a chalkboard
CDs boxed in cardboard
Artists that flopped, that got dropped and never got to be sophomores
Graphic designers are sitting around
Waiting for albums that never come out
Complainin’ that they have nobody in house
Wonderin’ what they make art for
I start thinking, am I in the right place?
Just walk forward, see plaques on the wall
Oh yea, in a second those will be all yours
Finally see an office with a mounted sign, heaven sent
Big block silver letters, read it out loud: President (Heist!)
This was my chance to grab that contract and turn and jet
Right then felt a cold hand grab on the back of my neck
He said: we’ve been watching you, so glad you could make it
Your music gets so impressive in this whole brand you created
You’re one hell of a band, we here think you’re destined for greatness
And with that right song we all know that you’re next to be famous
Now I’m sorry, I’ve had a long day remind me, now what your name is?
That’s right, Macklemore, of course, today has been crazy
Anyway, you ready? We’ll give you a hundred thousand dollars
After your album comes out we’ll need back that money that you borrowed
So it’s really like a loan? – Alone? Come on, no
We’re a team, 360 degrees, we will reach your goals!
We’ll get a third of the merch that you sell out on the road
Along with a third of the money you make when you’re out doing your shows
Manager gets 20, booking agent gets 10
So shit, after taxes you and Ryan have 7% to split
That’s not bad, I’ve seen a lot worse, No one will give you a better offer than us (mm-hm)
I replied I appreciate the offer, thought that this is what I wanted
Rather be a starving artist than succeed at getting fucked 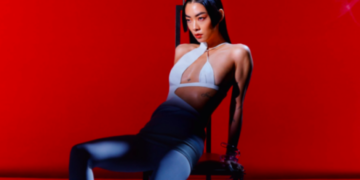