[Verse 1: G-Eazy]
Cause I’m in love with these Tumblr girls, with skinny waists and drug habits
Pretty faces love status, she acts as if she’s the baddest
Man I swear she’s just like tons of girls, she expects the free drinks
And I’m successful she thinks, always comes around when weed stinks
We fuck off and on, off and on, only ever really fuck off and on
Never see her these days cause I’m often gone
When I’m home off tour never stop for long
Back this week from across the pond
Noticed I was close to the block she’s on, elevator to the floor her loft is on
Drinking whiskey, she likes vodka strong
But after we fuck it’s over, walked out the door; that’s closure
No I can’t stay here and hold her, tomorrow act like I don’t know her
Wouldn’t ever be here sober, can’t tell which one is colder
My clothing’s on, we both did wrong, I gotta go that’s what I told her

[Verse 2: G-Eazy]
She’s fine as fuck and she knows it, sexy body she shows it
Loves the drama she chose it, she draws the line then she blows it
The most fun I suppose it, pops a bottle won’t close it
Fills a fifth then she throws it, she pops a bar now she’s dozing
She’s hot and cold, hot and cold, homie I don’t know she’s hot and cold
Truly the bullshit has gotten old, superficial with a rotten soul
Fucking off and on, always stop and go
Probably got someone, choose not to know
Head to her place then we lock the door
Making bad calls when I’m off the blow
Cause she’s a bitch, I’m selfish, want every girl, can’t help it
And it’s tough for me to shelf it, it’s you I see myself with
Right now I know you felt it, I touched her then she melted
We shouldn’t chill but we do it still, gotta play the hand if you dealt it

[Outro: Christoph Andersson]
Missing everything you say, it’s not important what you stand for
You’re asking will he be the one, I’ll be gone before you’re done tonight
Waiting for another day, you’re not getting what you paid for
Trying to salvage what’s undone and deny you got outrun tonight
Never knew her name, they’re looking all the same to me
They only chase the fame, there’s no one left to blame but me 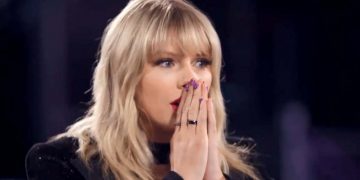